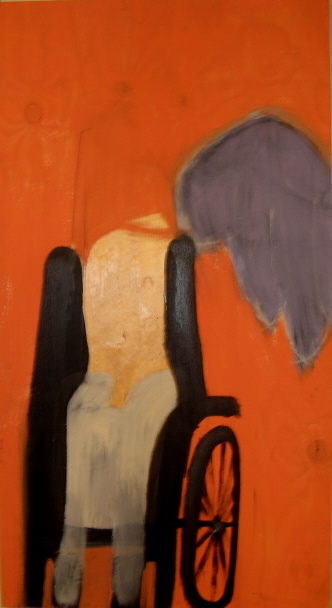 Editor’s Note:  Friday, November 20th there will be a reception for Tim Cottengim’s  Retrospective   at Works Performing Arts Center from 7:00 to 9:00 PM at 455 South First street.  The Gallery exhibition will be  open Nov. 19th, 20th, 21st

A lot can be said and written about a person, but nothing can match the moments lived with them. Each of us was affected by Tim Cottengim in a unique way. Tim was a shy man of few well chosen words. He spoke in a slow and measured voice and his smile accompanied his sharp wit and wry humor. He was so shy, he could not even speak about his art at an exhibition. In many ways, his actions spoke louder than words. Often, the he made a surprise greeting, with a tap on the back of the shoulder followed by a big grin and a crooked handshake. He would vanish as quickly as he appeared, like he was the opening celebration to an event. I first met him at Overpass Gallery, where he exhibited his artwork, and enjoyed doing barbecue duty and art installation. He enjoyed the festivities, particularly the drum circles, music, dancing, and poetry reading. He danced like riding a pogo and drummed furiously. At the end of the evening, he could be found curled up on the floor or rescued in some woman’s arms. Many have draped him with a blanket. He seemed to relish the attention affection provided.

I got to know him better on a day I drove him from Overpass Gallery to another art event at the Citadel. Along the way, he showed me the downtown San Jose architecture he admired. At the Citadel, he eagerly gave me tour of the facilities, relating a history of the characters that frequented the place, and the art that adorned the walls. It felt like peering into a special place.

At his memorial, I met those who knew him well and knew him as a man of deep intellect and great generosity. There were those that knew him as a friend, as an artist, and as family and some who can be said adopted him as family. One thing for sure, he made an impression that was undeniable, direct, and heartfelt.

I tried to look after him, as many did. I always worried about him, with his frail, slender, body. We all wanted to protect him. That’s the way he was. That’s why so many were touched by him. I felt a loss with his passing that is hard to communicate. However, I think everyone who knew him will understand. Each of us knows why he touched us so deeply and each of us will remember him. So long Tim, and thanks for just being you. 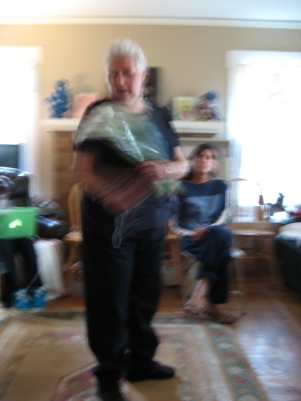 Like Loading...
‹ Tim, I hardly knew you…… by Al Preciado, painting by Tim Cottengim
Health Insurance Bill — in support of the government option ›