Home › painting by Bea Garth › “Graduating From Harvard or What Is Real News?” by Graeme Jones, art by Bea Garth

“Graduating From Harvard or What Is Real News?” by Graeme Jones, art by Bea Garth

Graduating From Harvard, or What Is Real News? 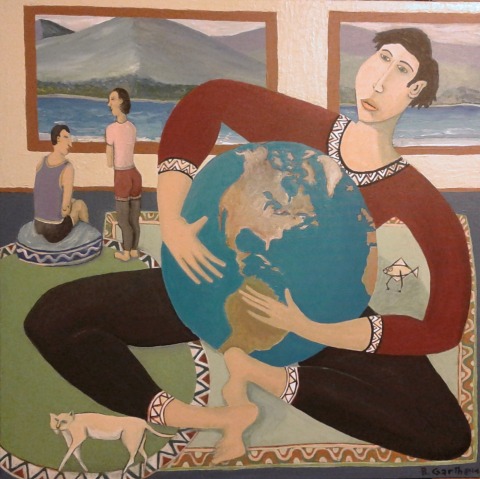 As a friend of Eos: The Creative Context, I  would like to thank Harvard University for helping us all to discover the more honest and helpful web-sites currently available.

Below is an alphabetical list of web-sites Harvard has recently attempted to smear with the designation of “Fake News.” In so doing the university is offering us a near perfect example of the workings of the Hegelian dialectic. That being; that which opposes a thing in contradiction often has the clearest insight into the nature of that thing. Just as the most incisively acute understanding of man comes from woman, so in this case the academic flagship of bourgeois empire cannot help but manifest a focused polarization against those web sites that offer us the richest consciousness pertaining to genuinely democratic liberation.

In similar vein to England’s Oxford and Cambridge,  Harvard University has always taken pride in being the pre-eminent academic standard bearer of the American bourgeois establishment. In this it is determinedly political. Harvard’s students are systematically conditioned to be intellectual guardians of capitalism. The University’s driving institutional function is to mold its graduates into being administrators of America’s empire.

It is symptomatic of the deepening collapse of the global capitalist regime that this University would so brazenly violate its foundational purpose (academic freedom) for the purpose of attempting to smear as “fake” the many high quality news and information sources that serve to educate us all into the real nature of this increasingly oppressive imperialist system. By this act Harvard University is exposing both its decadence and its fear. In so doing it offers us a valuable guide to precisely where we can turn for honest reporting and information.

We thus encourage all people searching for the truth to investigate the following list of sites that this University has so foolishly attempted to warn us against. As one of the targeted sites ( The Saker) joyously proclaims; Harvard’s self defeating act is a sure tell that the world wide liberation movement “is winning.” Please enjoy your explorations with Harvard University as your guide!

Bio: Bea Garth is an artist, writer and editor of Eos: The Creative Context. You can see more of her work at https://bgarthart.com

Like Loading...
‹ “WHERE THE HIGHWAY LEADS,” poem and photo by Lara Gularte
“The Syrian Nightmare: No End in Sight” by Mike Whitney, painting by Erik Kaye (“Impressions of Maya”) ›